1.  Through SPASH Astronomy we teach over 50 star names and over 50 constellations using the following 10 sheets

Celestial Objects (Stars, Planets)  move 15 degrees per hour due to the Earth's Rotation.
A camera that you can hold the shutter open for all night OR in this case Sean used a digital camera (Nikon D5100) and took a picture every 5 seconds (about as fast as possible) for 1 hour then used software called Star Trails to put them all together into one picture.  Note that it was at least ten below zero with the wind chill as Sean did this amazing feat. 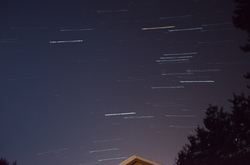 Stars are moving East to West (left to right) looking south at about 44.5239 N latitude and 89.57
The brightest stars from top to bottom on the right side:
Betelgeuse, the red one right of middle on top in Orion
Bellatrix just under Be  (dimmer)
Procyon in Canis Minor left of the middle on top
Orion's Belt (from top to bottom) Mintaka, Alnilam, Alnitak
then the Beta star in Eridanus (the river, north end of river) is just above Rigel (the knee of Orion) which has Saiph much dimmer to the lower left of it.
The bright star in the lower middle is Sirus (the eye of Canis Major, Orion major hunting dog; also the brightest star seen from Earth)
and the bright star in the upper left is Procyon (in Canis Minor, Orion's lesser dog).
The star just below Sirus is Mirzam (the Beta star of Canis Major)
and the stars just above the house (one is hitting the house) are Adhara (hitting the house and the epison star of Canis Major and like a hind leg of Canis Major) and Wezene (the Gamma star of Canis Major and like where the tail attaches).  Note below is a larger image of the same picture. 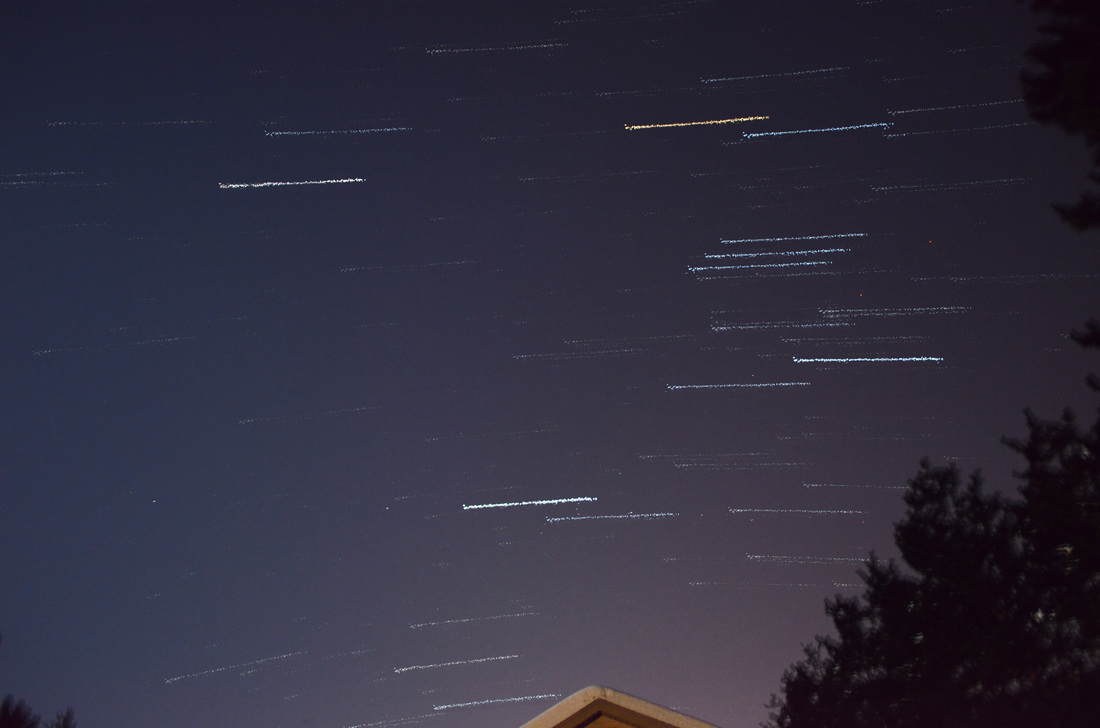