Note the following two photos as one photo helps you see the woman on the moon. 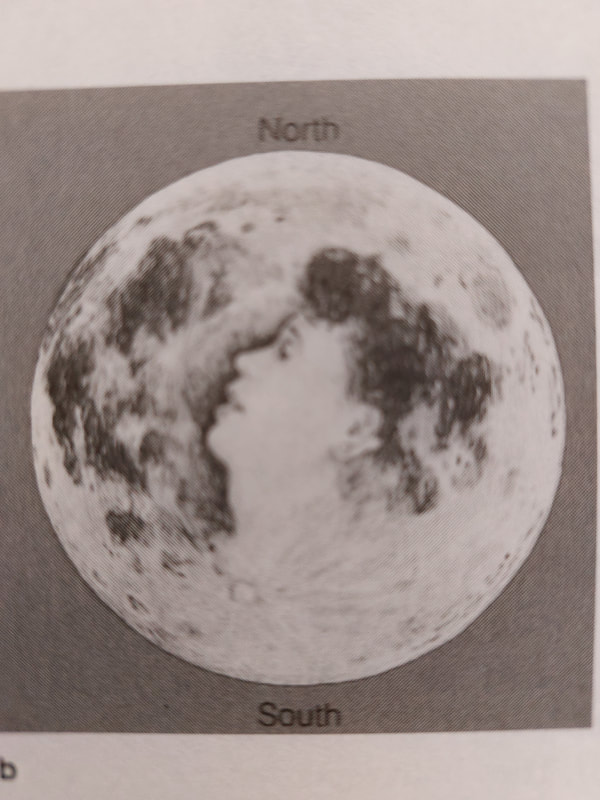 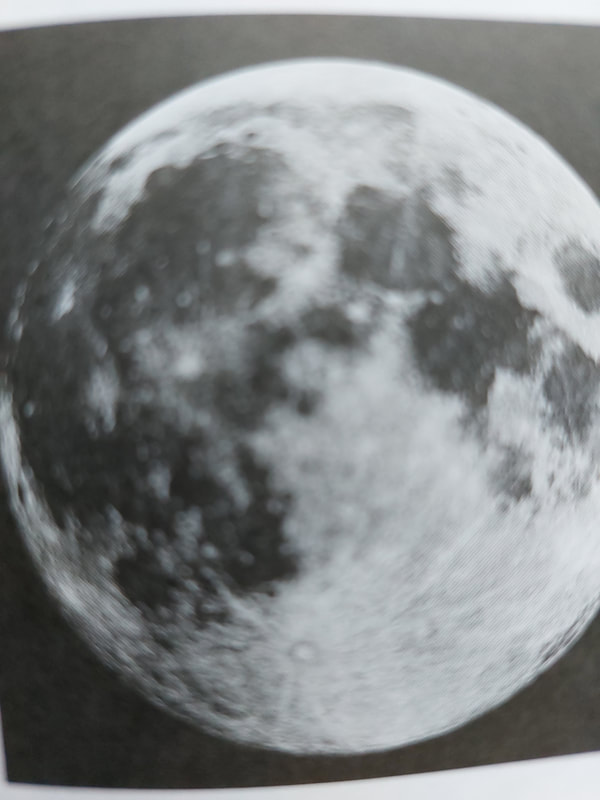 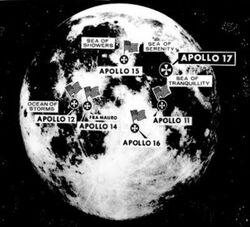 Note below that the flat areas on the moon look like seas from Earth and have comforting names (except for Frigid Sea).    Remember Apollo 11 astronaut radioed, Tranquility Base here as they landed on the lower end of the Sea of Tranquility. 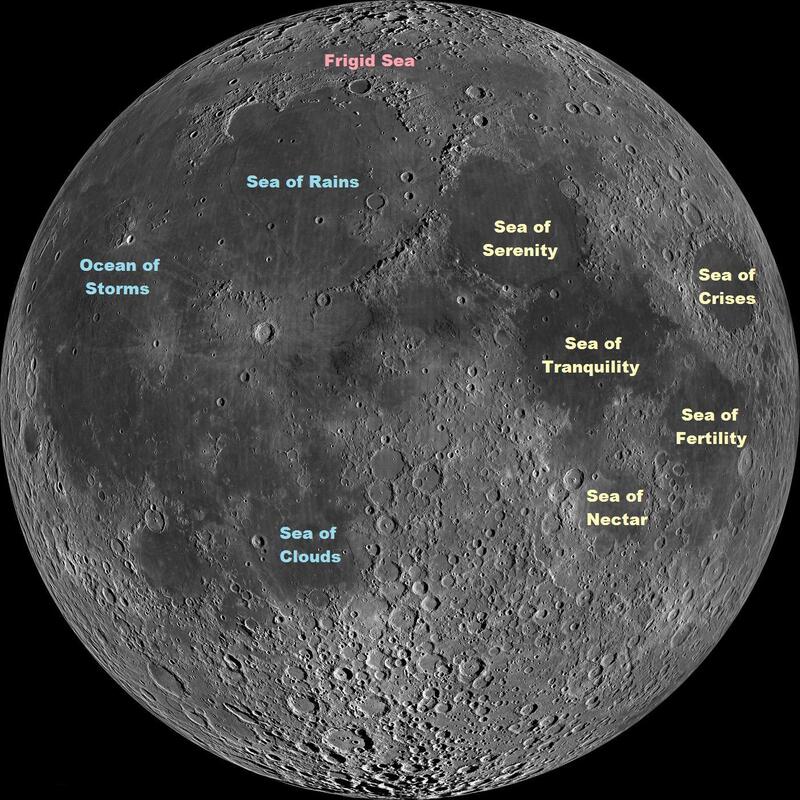 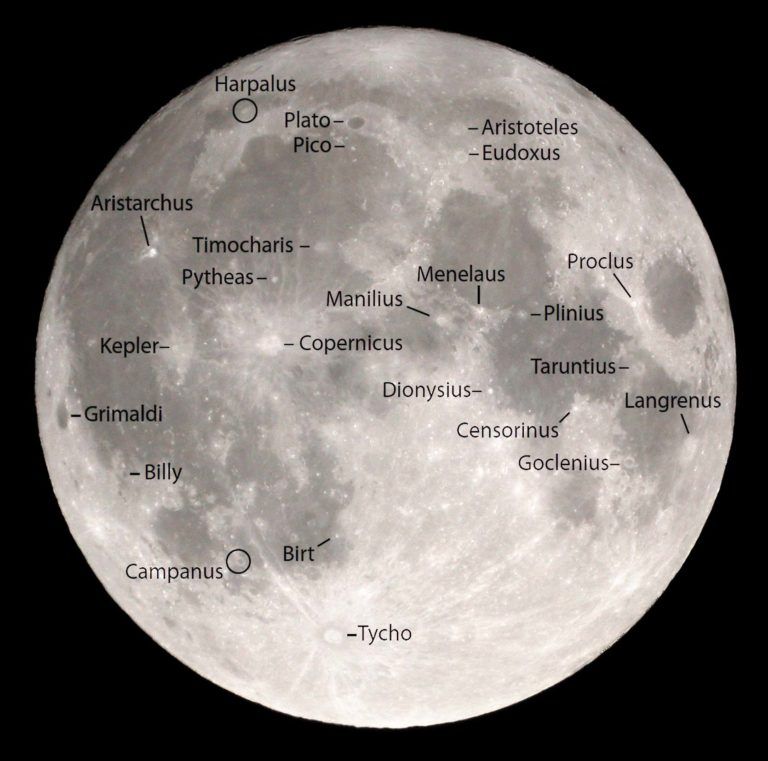 Challenge:
While looking at the Moon, make a sketch and then use the above maps to name as many of the places on the Moon that ended up in your sketch.
On future sketches, attemp to add a few more seas and/or craters than your previous attempts.
It is comforting to know that the same side of the moon always faces Earth so your sketch will never change over time.